Type your search terms above and press return to see the search results.

The trials of this day started very early; the first one was getting out of bed. I told my body to do just that, but it didn’t really want to. I won the argument in the end, but there was much complaining from muscles that were not the least bit happy to be moving again. And it felt like I could have slept for ten more years – after just one day? Hot damn. Anyhow, my first class today was wrestling. 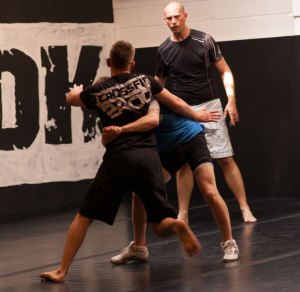 That was so much heavier than I had thought! Trying to tip a very unwilling person to the ground is much harder than it sounds – and it even sounds hard. It was fun though, and look at those happy faces.

There is a group photo where I’m in it as well. But though I don’t mind posting pictures of others being red-faced and sweaty, I sometimes edit myself out of the equation. Because I can. I trained a gi-class as well, and then I hung out in the gym trying to pick up the details of what they were doing.

Which wasn’t a problem until this happened: 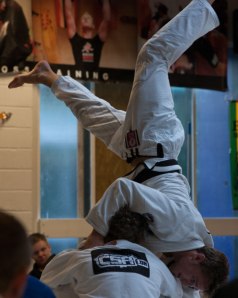 And suddenly I think it all changed from fighting to break dancing. Mind you, those have more in common than you would think!

I rest my case!